The simplest hypospadias definition is: pee hole in the wrong place.

Medical obfuscation takes that easy to understand hypospadias definition, banishes the “Keep It Simple” principal, and buries “kid's pee hole in wrong place” under a mountain of types, grades, degrees, descriptors and classifications.

At the Sava Perovic Foundation, we work hard to define hypospadias in a way that is easy for parents and patients to understand.

You will find lead surgeon Dr Rados Djinovic (pronounced RAH-DOSH JIN-O-VICH) is a man of few words who swiftly gets to the point and is full of positive energy. Evaluations are amazingly short, clear, concise, simple.

Here is everything you need to know about hypospadias and some info you might not need but may find interesting.

WHO Does Hypospadias Affect?

WHAT are Possible Effects of Hypospadias? Associated Problems? 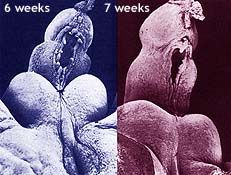 WHERE is Hypospadias Found?

HOW to Repair Hypospadias?

What do we mean when we say Dr Djinovic is: “highly experienced”?